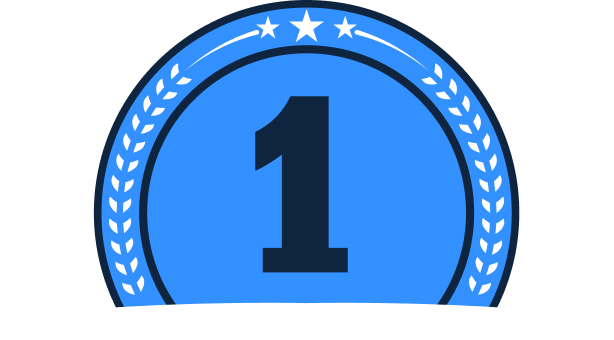 The winner takes it all
Due Diligence Hub Award 2023

The DDH Award 2023 is the result of an intensive 12-month sector screening in which all companies in DDH coverage are closely scrutinised. The financial service providers that present themselves as the most customer-friendly and transparent in the period from January to December have a good chance of being nominated for one of the coveted awards.
DDH +
-
Event starts in: ::
Presented by: ,
360o

You are probably familiar with this: Every company, no matter what sector, tries to pin as many medals as possible on its lapel. With all the awards and seals, have you ever asked yourself how the "best of" come about? It would be in the nature of things that a nomination followed by an award would have gone through an intensive review process. But is that really the case?
One may well have doubts. Imagine if a craftsman had to carry out a code review on a software developer and then judge whether the cryptic lines were really "the next big thing". A look behind the scenes of those who supposedly scrutinise everything and everyone according to hard criteria, above all objectively, then reveals a somewhat different picture. And it raises the question of where the jury got its competence.
The financial sector is complex. In industries in which some players are fundamentally a little uncomfortable with transparency: how is an expert and independent judgement supposed to emerge? Nominations and award ceremonies often have a monetary component and associated conflicts of interest. Much more valuable - but much less common - are awards that are based on the assessments of those who should know best: the users.
If you want to convince yourself of the value of an award, you should first look at the business model of those who award the prizes and then ask yourself whether and if so, where this medium gets its know-how from in order to really be able to judge a performance.
There is no doubt about it: Only awards that have been preceded by an objective and fact-based assessment are of value. This also means that the verification is accompanied by industry insiders who are neither directly nor indirectly on the pay roll of the awarding body. And if they are, this should be disclosed. Ideally, there should even be transparency about whether or what the companies have to pay in order to subsequently be allowed to advertise with the seals, because this is by no means always a free gift.
DDH will conduct the first official sector screening in 2023, which will take place over a full calendar year. At the end of the year, the nominations will be determined, which will then be awarded by an independent jury vote.
The assessment criteria for the sector screening will be announced at an early stage and disclosed transparently.

Your feedback is important to us

Get in touch with us and share your opinions, ideas and suggestions for improvement. A variety of innovative features have already been implemented, and more exciting projects are in the pipeline.

Due Diligence Hub (DDH) is a multilingual information and communication platform for active exchange traders, traders and investors with a focus on trading contracts for difference ("CFDs") and foreign exchange products ("FX", "Forex"). DDH offers the most comprehensive coverage of companies authorised to provide financial services. The offering is rounded off by a wide range of exchange information services, tools and premium services.

DDH +
CFDs are complex instruments and come with a high risk of losing money rapidly due to leverage. Between 74% and 89% of all retail investor accounts lose money when trading CFDs. You should consider whether you understand how CFDs work and whether you can afford to take the high risk of losing your money.
Copyright DDH ©2022 · 3R Research · Three Rivers Management Consulting Network